Historians will mark March 19 as the day the Obama presidency reached its point of no return. 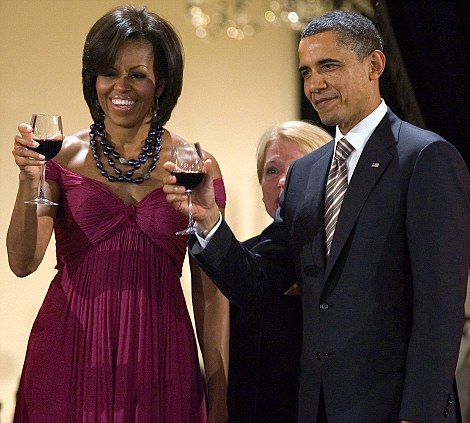 The image of a cowardly and selfish child-president flying to Brazil to launch a war will haunt his legacy, like Nixon’s vulgarities on tape in 1974. Obama’s war on Libya has doomed an already weak administration.

Today, Germany pulled out of NATO because of the bungled, late, and idiotic intervention. It appears, now, that the alliance that won the Cold War and help sustain two decades of peace could collapse under a lack of American leadership.

Yesterday, the Obamas cut short their South American vacation, returning early to Washington. Obama is now scrambling to rescue, not only his presidency, but whatever prestige America might have left.

From his obsequious bows to foreign leaders to his denunciations of the USA in foreign and enemy lands, Mr. Obama seemed, for a time, bent on knee-capping American influence around the world. Having succeeded in damaging our world image, he now wonders why things are so chaotic and dangerous.

A combination of weak decisions – or no decisions – set up what seems to be a no-win situation for Obama, NATO, and the US, not to mention Qaddafi’s internal foes.

First, Obama vacillated for weeks about what to do. Instead of using the time to consult Congress and request authorization to use force—as George W. Bush had done repeatedly—Obama filled out basketball brackets. And that lost time was crucial.

Second, Qaddafi used Obama’s delays to counterattack the rebels. Two weeks ago, rebels controlled all but Tripoli. By the time Obama acted, rebels were under siege in their final bastion of Benghazi.

Third, Obama has ruled out both the use of ground troops in Libya and targeting Qaddafi. This combination has frustrated our friends and reassured our foes. It makes a long stalemate likely, increases the probability of mass starvation and continued death and misery for the innocents.

Yesterday, when asked how long a no-fly zone might last in Libya, a British Member of Parliament told BBC news, “the no-fly zone over Iraq lasted the better part of a decade.”

History shows that standoffs like the one facing us in Libya hurt the people in the country the most. There are often food shortages, as happened in Iraq and in Haiti, as dictators seize food supplies for themselves and their supporters. There are often massacres that escape the watchful eye of the UN and NATO, as happened throughout the Iraq no-fly zone period. And there is corruption, as (French) companies and politicians exploit embargos and sanctions to demand black market prices of both dictators and the oppressed.

During the 2008 campaign, everyone from Hillary Clinton to Rush Limbaugh and Rudy Giuliani warned voters to avoid inexperienced and weak candidates like Obama. But we elected him anyway.

The chickens are coming home to roost.

Libya: To What End?

When the US invaded Iraq in 2003, it do so with the clear intent of bringing its enemy—Saddam’s regime—to an unconditional surrender. That was the objective. Despite what happened after that objective was achieved, we went in with a clear and measurable purpose. The motivating reason for our foray into Iraq was also clear. We believed at the time that Saddam Hussein’s possession of &ndash; and desire for more &ndash; weapons of mass destruction posed an imminent threat to US interests and citizens.

The federal budget deficit in the month of February 2011 exceeds the deficit for all of 2007 by 40 percent. Simply staggering. Yet Senate Democrats refuse to cut more than a paltry $6 billion. They refuse because they seem bent on collapsing the American system – the economy, the government, and the people themselves. But at least the Obama administration stands by with its arms folded as gasoline prices skyrocket at the their fastest pace in history.

Pro-Western governments in these countries have fallen to anti-American forces or diminished their support for the US since Barack Obama became president. * Lebanon** Jordan** Yemen** Qatar** Egypt** Turkey Obama’s campaign promise to restore respect for America around the world is a joke. A cruel and dangerous joke. Our enemies see Obama’s weakness as American weakness. As they did during Jimmy Carter’s failed presidency, those enemies are advancing. The next president will have more than a financial catastrophe to fix.