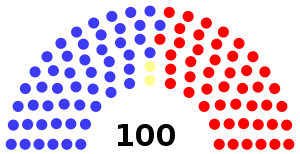 What is Todd’s real crime?

He’s a damaged candidate, sure, but he is not a damaged man.

It says something about a society and political mood where a man can be disqualified for loving life and God, but another man celebrated for enabling the slaughter of living children with surgical scissors through the base of their skulls.

No, Todd Akin isn’t perfect, nor perfectly informed.  Neither are the 100 Senators seated. The last candidate sold to us as perfect is the son of a bitch occupying the White House right now.

Did I want Todd to drop?  Yes. But my wish wasn’t for some high political or moral reasons; it was the easiest result for me.  It was convenient for me.  It was the default, selfish choice for me.  For me, for Romney, for Marco Rubio, for the GOP, Todd Akin’s candidacy is an inconvenient pregnancy we’re all too willing to surrender to the political abortionist’s vacuum.

Yes, Todd Akin was wrong.  Scientifically and rhetorically wrong.  He erred on the side of life.  He loves life to a flaw, and he’s not ashamed to say it out loud.

If that’s the _worst _candidate for Senate we can produce, then the republic is in fine shape.

Steve Tilley vs. the Constitution

And, he’s back. Missouri House Speaker Steve Tilley (R-Perryville) has signed onto legislation designed to circumvent the Electoral College in presidential elections. Like his position on embryonic stem cell research and the national debt, Tilley seems far out of step with Missouri’s Republican base on this. And this guy wants to be Lt. Governor? Please. This might be old news to some. I see that Big Government’s Josie Wales blogged about the national effort last August.

Obamacare Ruling Comes Down This Week, and We’re Having a Tea Party

Pack clothes, flags, and signs for an Obamacare Tea Party at Forest Park on Art Hill this week. The rally will begin at 7:00 PM on the day the Supreme Court rules. We don’t know the day, but we do know the time: 7:00 pm in Forest Park on Art Hill (map below). The most likely days are Monday or Thursday, but because of the magnitude of this case, it could be any day of the week.