Hurricane Isaac smiled on the Republicans in Tampa and delivered more misery to New Orleans and its surroundings.  That was just one of the ominous signs that 2012 is shaping up to be a forgettable year for Democrats, especially for Barack Obama. 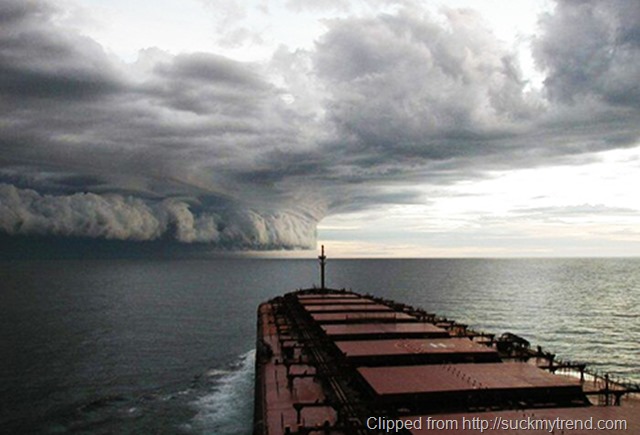 Here’s seven more warning signs that Obama’s 6-year campaign is about to implode:

Not that weather plays favorites, but you have wonder. First, there was Isaac. It missed Tampa and revealed Obama as a self-serving attention grabber. Obama who’s going to New Orleans Monday only as a political necessity after Mitt Romney paid the drenched and ravaged city a visit on Friday.  But the real kicker was the torrential rains that ruined a gigantic Rushmore-like sand sculpture of Dear Leader Obama.

In 2008, John McCain couldn’t buy a celebrity endorsement. In 2012, a Hollywood icon delivered one of the best and most bizarre performances in political convention history.  Clint Eastwood demonstrated the skills of a great storyteller by talking to an empty chair that represented the empty suit in the White House. When Bill Maher and Mark Levin agree, it must be true.

3.  Bill Clinton Poised to Upstage Obama (and remind all of us that things were better when Newt was Speaker of the House)

Did I call Obama an attention whore? Well, in that old profession Obama’s a cheap streetwalker compared the $10,000-an-hour “executive escort” named Bill Clinton. And there’s a lot of evidence that the two don’t like each other. That should make for quite a show as Bill Clinton brings his Little Rock carnival to North Carolina to show Obama how to turn political tricks like a master.

4.  Democrat Governor Admits We’re Not Better Off Than Four Years Ago

The greatest question ever asked in a presidential debate didn’t come from the moderator; it came from Ronald Reagan. In a debate with President Jimmy Carter, Reagan asked, “Are you better off now than you were four years ago?”  The answer then, as now, was “no.”  Even Democrats can’t deny that Obama made it worse.

Last June, the New York Times realized that Obama’s decision to take the low road in 2012 was a big gamble. That’s because of neuroscience. When I say something bad about someone, the listener thinks less of my subject, but he also thinks less of me.  (I should probably worry more about this fact, huh?)  By going negative hard and early, Obama is alienating voters left and right. He’s running against America’s current state—a state he produced by his work in the majority party in the Senate and as President.  That helps explain why even his own campaign staff can’t tell us things are better now than when Obama took office.

For years, Republican wins were tied to low turnout. That was because far more voters self-identified as Democrat than Republican.  But Republican identification is at an all time high following a positive and effective GOP convention.  For an incumbent relying on negativity, this Republican surge is a double-barrel shotgun aimed on Obama’s political future. He’s turning off young voters who should be idealistic, and catalyzing independents to choose the GOP.  According to Rasmussen, 37.6% of us identify as Republican, but only 33.3% as Democrat.  What’s worse for Obama (and better for America) are the trends.  Democrat identification is falling as Republican ID rises.  In other words, Democrats are becoming Independents and Independents are becoming Republicans.

Sam Stein at HuffPo writes about an Obama flaw we on the right recognized four years ago: Obama’s no reformer. He promised to change politics, to change America, to heal the world and lower the seas. He didn’t.  By contrast, Mitt Romney’s determination to help you and your family looks far more promising.

While the Electoral Map is still concerning for Republicans, Obama seems to be steering the Democrats into the teeth of a political hurricane.

If We Don’t Flip Some Toss-Up States, Romney, Ryan, and the USA Are Screwed

Choosing Paul Ryan as his running mate was a great Romney move. Looking ahead, Romney sees movement conservatives working hard right up to the election—even if he or his advisors continues to say stupid things. That was necessary. SCROLL DOWN FOR TWO IMPORTANT EVENTS THIS WEEK But it wasn’t enough to win the election and unseat America’s first anti-American president. To do that, we must find a way to win over the selfish middle.

Romney-Ryan Have a Vision They Can Talk About

Why did murder skyrocket in Chicago as soon as Rahm Emanuel became mayor? Why have Americans become nastier and meaner since Barack Obama became president? As Michael Dukakis told us, a fish rots from the head down. Obama surrounds himself with people who thrive on decay and death. After four years, Obama has nothing to say for himself. Nothing. He can only cut and attack and lie and sneer and mock like a high school bully.

Tax credits reward particular businesses or developers with tax dollars from the general population. They concentrate wealth in a few hands. Tax credits are the way politicians play the market with someone else&rsquo;s money. Worse, **Republicans are addicted to tax credits. ** A Missouri House Republican leader told a constituent that his party gives tax dollars to people who &ldquo;spend it smarter.&rdquo; Bill Clinton said the same thing in about 1992.