Dear Conservatives: We Are Already Losing 2016

If you need to blame someone for our election losses, blame me. 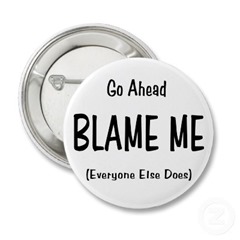 I Let You Down

I could have done more. I could have spoken up sooner. I could have been more honest with you about the mistakes we made and the opportunities we ignored. I could have worked harder on what I saw as the most important work we could do.

I let you down. I focused on petty issues of the day, too, instead of working on a different future.

It’s Time To Look Ahead

But it’s Sunday morning. Obama’s been re-elected. The debt is growing as fast as ever. People lose personal power every day.

It’s time to stop blaming bogeymen for the 2012 election and start building a coalition for victory in 2014 and 2016.

Between 2008 and 2012, 9.8 million Americans died. The vast majority were over 65, voted in every major election, and voted Republican over 60 percent of the time.

They were replaced by 16.8 million young people who reached voting age. These new Millennials are much less likely to register and vote, but the ones who do cast votes for Republicans less than 40 percent of the time.

If we do nothing between now and the next presidential election, six million Republican voters will die and 7.2 million kids will become Democrats.  The next election will be over long before November 8, 2016.

As young workers struggle to find meaningful jobs, as their debt burden continues to swell, as the world becomes more dangerous, expect this trend to continue.

If we are serous about restoring the balance of power away from central authorities and toward the people, we have to stop fighting the last election and start helping young adults.

Here’s What You Can Do Now

I’ll write more about this over the next week, but here are four things you can do right now to help win future elections.

That may not seem like much, but it is. Especially the Stops. If we don’t stop turning off potential allies, we’ll continue to lose election after election.

Build On These 4 Pillars

That doesn’t mean we change what we believe. It means we advance the ideas that don’t turn people off. We have many such ideas like:

We can build Big Ideas from these four pillars. We can take on the other problems later.

Please check back here tomorrow to find out how our passions are making us sound ridiculous.

St. Louis’s KSDK.com is doing its fair share to suppress the Republican voter turnout. They’re pumping a handful of counted votes to give the impression that Obama is walking away with the national popular vote: Here’s the scam. Only 42 votes have been counted in a country of 150 million registered voters. In other words, it’s crap. No responsible news organization would post such misleading nonsense–except in hopes of discouraging Romney voters.

Yes, I’m feeling a wave toward Romney. My gut tells me this year is a lot like 1980. 1980 Was A Dead Heat The final Gallup poll that year had a dead heat. Time Magazine’s November 3, 1980, called the race a dead heat. So did Newsweek. The press was hoping John B. Anderson, a former Republican Congressman running for president as an independent, would siphon votes from Reagan. He did siphon votes from Reagan, but not nearly enough.